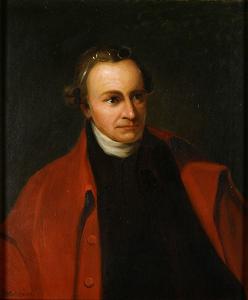 As President-elect Barack Obama enters his transition period and begins his “political honeymoon,” now is a good time to read (or reread) Mark Steyn’s book “America Alone.” His subject is the huge demographic and cultural problem we’ll continue to face in 2009 and beyond.

I’ve noted that Steyn warns that current demographic reality and a weak will is a deadly combination. When communism collapsed some saw the battle as over, the good guys victorious, and “the end of history.” The subtitle of Steyn’s book states his alternative view—that we’re facing instead “The End of the World As We Know It.”

Steyn writes that the West is facing peril because the present day fact that the birth rates in most Western Countries are so low that much of Europe will cease to exist by the end of the century except as places on a map. Those who aren’t having babies (population decline) are at a disadvantage compared to those who are having babies (population increase) when it comes to “shaping the age we live in.”

The world our children and grandchildren will inherit (emphasis added)—

“…depends on whether America can summon the will to shape at least part of the emerging world. If not, then it’s also the end of the American moment, and the dawn of the new Dark Ages (if darkness can dawn): a planet on which much of the map is re-primitivized.”

Uh oh. With the election of Barack Obama this week the foreign policy gains of the Bush years have been overwhelmed by domestic policy and cultural loses at home—especially as it pertains to public opinion.

Government spending and dependency have increased, Medicare expanded, and President-elect Obama has even bigger plans. What’s the problem with this?

Steyn writes that the crisis of will being faced throughout the West manifests not only in demographics, but also in their unwillingness to “get real” about their lavish social programs. Western Europe is the world’s leader in severing “its citizens from humanity’s primal instincts, not least the survival instinct.” With Obama in the White House and Reid and Pelosi running Congress, will the U.S. be far behind?

How does government accomplish this severing? Through programs that “corrode the citizen’s sense of self-reliance to a potentially fatal degree.” And about his native Canada, Steyn says it changed in the second half of the 20th century—

—”in the space of two generations, a bunch of rough hombres were transformed into a thoroughly feminized culture that prioritizes the secondary impulses of society-rights and entitlements from cradle to grave-over all the primary ones.”

In his book Steyn quotes President Bush from his second inaugural speech: “The survival of liberty in our land increasingly depends on the success of liberty in other lands.” Steyn’s view:

“If America won’t export its values-self-reliance, decentralization-others will export theirs.”

Again, uh oh. Let me emphasize my own words here: Now the survival of liberty in our land depends upon whether enough citizens are going to muster the will to engage in the political process. Republican Party platform-supporting Americans had better realize the time for delegating the responsibilities of citizenship have past.

On election night two days ago Steyn wrote this:

“In democratic systems, the people are free to screw up their own societies. An Obama victory would be a tragedy for this country and for the world. It would be a flight to fantasy and delusion, and a repudiation of the animating principles of America. It would also be profoundly unbecoming for the citizenry of a mature republic to vote for therapeutic fatuities like ‘hope’ and ‘change.’ But that is the people’s prerogative.”

Well, that tragedy is now reality. The history of the next four years will depend upon whether enough people will fight to recover and strengthen the American values of self-reliance, traditional values, and limited government.

It’s going to require volunteered time, a lot of money, real organizational efforts, and the kind of political leadership we haven’t witnessed in many, many years. It won’t happen unless more people get off their couch and get to work with us.

Since real Republicans believe in personal responsibility they won’t be offended when I tell them that no one is going to do their work for them. It’s time to get up, join the battle, and help us retake and then secure lost ground. “If we wish to be free,” as Patrick Henry said, “we must fight.” There are no other options.