An important meeting is coming up later this month. And as the saying goes, some articles write themselves. In this case, three Illinois conservatives who have a keen understanding of politics were asked by Illinois Family Action to comment on the upcoming meeting of the Illinois Republican Party’s State Central Committee on May 19th.

A lot is at stake — here are just two related items. First, there’s the question of the establishment’s tampering with the county party State Central Committee elections last month. The outcome of one of the races is being contested. Second, that outcome will probably decide who gets chosen for the party chairmanship. The Bruce Rauner-backed incumbent, Tim Schneider, is seeking reelection, and conservatives who are seeking better leadership have put forward an alternative candidate, Mark Shaw. 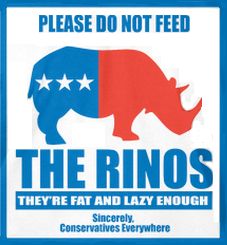 There needs to be a strong conservative turnout at that meeting!

Here are the comments of three conservative leaders in Illinois:

Carol Davis is the Founder & Coordinator of the West Suburban Patriots:

It is painfully obvious that the Illinois GOP is continuing its downward spiral under the failed leadership of the current IL GOP chairman Tim Schneider. It’s past time for a fresh perspective and a return to the principles upon which the Party grew and flourished.

The relentless attempts by Progressive so-called Republicans to purge the Party of its conservative base is the epitome of foolishness. For someone who had success in the business world, Bruce Rauner displays an incredible lack of skill and strategic thinking when it comes to politics.

The Party base is demanding that the Illinois GOP stand firmly upon its official platform — Jeanne Ives’ campaign underscored that fact. The Rauner/Schneider team is completely tone-deaf to the message that was delivered to them the night of the Primary, and to the demands of the base of the Illinois Republican Party.

Pam Johnson, DOES SHE HAVE A TITLE? Conservative Activist, GIVE NAME OF TOWN!

It is time for Illinois conservatives to stand up. Our problem is when we lose an election we go home. When we win an election, we go home. The progressives and the ruling class NEVER go home, they never stop. We need to do the same.

Your State Central Committeeman (SCC) or woman will be voting on the next Chairman. The SCC needs a gallery full of conservatives to counter the pressure that is being applied by the failed hierarchy of the party.

Members of the SCC need to hear from the party’s base. Conservatives need to hold them accountable. Illinois is in trouble because “we the people” have not done our job by being educated, engaged and directly involved.

I encourage all Republicans to attend the state central committee meeting in Springfield on the 19th. Everyone needs to see firsthand why this is a party which cannot realistically hope to win in Illinois this year.

This latest rearranging of the deck chairs on the Titanic, while largely a waste of time, is at least instructive. The truth is the Illinois Republican Party is never going to be an organization the Democrats have to take seriously until we get competent Republican leadership in this state, and by that I mean Trump-like doers.

And we aren’t going to get that until we accomplish serious innovation at the state party level. Finally restoring direct elections for the 18 members of the state central committee would be a huge step forward. We’re never going to get the high caliber officials in Illinois that Republican voters deserve, officials capable of working at the speed of Trump, until we give rank-and-file Republicans a meaningful voice again in our Illinois Republican Party.