What’s happening in this general election is not some act of God that leaves poor little mankind helpless. It’s merely a larger example of what has been going on for decades. Anyone who blames Trump for this is, may I say, incredibly foolish and blind to reality. Does anyone think any of the other GOP candidates facing Hillary (you know, the first liberal woman presidential candidate) would’ve fared better? Anyone thinking that merely proves my point made over and over again that many (if not most) Republicans and conservatives continue to be completely clueless when it comes to the information war. 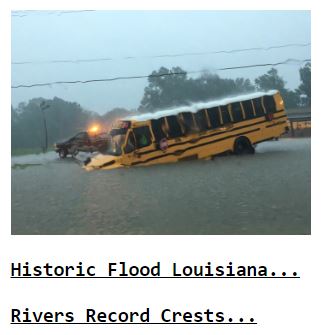 What can be done when the media narrative is nearly 100 percent against your candidate? The most foolish thing to do is to hire the same political consultants to execute the same failed strategy as they always have. And that is? Spending a ton of money on TV ads (which fund, thank you very much, liberal media networks), radio ads (ditto), and campaign mailers that find their way to the trash faster than those envelopes of coupons containing deals from local businesses.

What should be done instead? Well first, it’s not a six-week or six month deal. Many conservatives might need to get eye surgery so they can see what’s right in front of them. Yo, conservative politicians and consultants! Observe what the liberals have been doing for decades — they fight on all battlefields and dominate every institution that conveys information to the public: media, pop culture, and the K-college school systems. The pathetic cookie-cutter political campaign has no chance to overcome that flood.

Here are just a few headlines from Drudge this morning:

ANCHOR: ‘We couldn’t help Hillary any more than we have’…

PRUDEN: Media in froth to take him down…

Here is some good news: because of the force of Donald Trump’s personality, Republicans still have a chance to make this a winning year. My guess is that none of other candidates would’ve had a chance, since they are either incapable of appealing to a national audience (like Ted Cruz) or unwilling to fight back (like Jeb Bush).