We stand on a lonely, windswept point on the northern shore of France. The air is soft, but 40 years ago at this moment, the air was dense with smoke and the cries of men, and the air was filled with the crack of rifle fire and the roar of cannon.

That’s how President Ronald Reagan described the events of the morning of June 6th, 1944, when he visited Pointe du Hoc forty years after the Allied troops landed. Six years ago in late May I was fortunate to have visited Normandy as part of a tour led by the noted historian Victor Davis Hanson. We also visited battlefields and American military cemeteries in Luxembourg, Belgium and France.

Spending time at places of incredible bravery, sacrifice, and seeing the final resting place of so many thousands of Americans is a powerful experience.

Walking on Omaha Beach, between the white marble crosses at the Meuse-Argonne American Cemetery, or in a Belgian forest just outside Bastogne brings an incredible sense of awe — even for someone who has never had a problem feeling pride in his country. 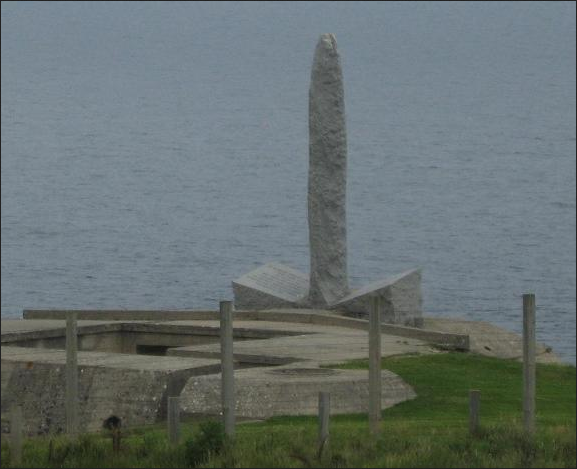 Standing on foreign soil in places where American heroes fought leads to a deep sense of gratitude because by birth or immigration a person can be an heir to the lives and work and in too many cases the blood of so many brave men and women.

Today’s front line soldiers in Iraq and Afghanistan, as well as those from all other American wars, deserve an equal measure of recognition and honor. The least we can do as citizens of the U.S.A. is to serve our country through hard work and dedication to the principles which will produce the kind of nation future generations will also be proud to inherit.

When President Reagan stood at the Pointe du Hoc memorial he explained that it symbolizes “the Ranger daggers that were thrust into the top of these cliffs.” “And before me,” he said, “are the men who put them there.”

Playing the role of tourist at such a place is obviously an amazing privilege. The Pointe du Hoc site is today much as the soldiers left it after the battle. The craters left by American bomb are scattered throughout the area. Blown apart bunkers and gun emplacements riddle the ground.

President Reagan’s celebrated speech at Point du Hoc wasn’t the only one he gave that day. After leaving Point du Hoc the President spoke at the Normandy American Cemetery and Memorial, where he told of one veteran, Peter Robert Zanatta:

Those words of Private Zanatta come to us from his daughter, Lisa Zanatta Henn, in a heartrending story about the event her father spoke of so often. “In his words, the Normandy invasion would change his life forever,” she said. She tells some of his stories of World War II but says of her father, “the story to end all stories was D-Day.”

When men like Private Zanatta and all our Allied forces stormed the beaches of Normandy 40 years ago they came not as conquerors, but as liberators. When these troops swept across the French countryside and into the forests of Belgium and Luxembourg they came not to take, but to return what had been wrongly seized.

Lisa Zanatta Henn promised her father who died of cancer in 1976 that she would return to Normandy:

I’m going there, Dad, and I’ll see the beaches and the barricades and the monuments. I’ll see the graves, and I’ll put flowers there just like you wanted to do. I’ll feel all the things you made me feel through your stories and your eyes. I’ll never forget what you went through, Dad, nor will I let anyone else forget. And, Dad, I’ll always be proud.

Reagan closed the speech with these words:

Through the words of his loving daughter, who is here with us today, a D-Day veteran has shown us the meaning of this day far better than any President can. It is enough for us to say about Private Zanatta and all the men of honor and courage who fought beside him four decades ago: We will always remember. We will always be proud. We will always be prepared, so we may always be free.

Click here and here to read the full texts of the speeches given by President Reagan on D-Day + 40 years.