Here is Christopher Kelly writing this week in the Washington Times:

We must remember always what happened 71 years ago today. More than 10,000 Allied soldiers were killed on June 6, 1944, and many more in the weeks and months to come. Gen. George Patton may have summed it up best when he said, “It is foolish and wrong to mourn the men who died. Rather, we should thank God that such men lived.”

A visit to Normandy can help all of us, regardless of political ideology, learn a bit more about what it means to be an American. We can all take pride in what those very young men did seven decades ago.

While the events of June 6th are relatively well known, Kelly notes a couple of things that not enough people know about:

The bridge that the British forces secured still stands today, though it is now used as a memorial. The old Pegasus Bridge has been replaced with a new longer, stronger one, and the old one was moved to the eastern side of the Caen Canal where it now sits next to a museum that details the heroics of that day. In this picture, a guide talks to tourists at the spot where British soldier Lt Den Brotheridge was killed. Brotheridge, aged 29, was the first Allied soldier to be killed in action on D-Day. 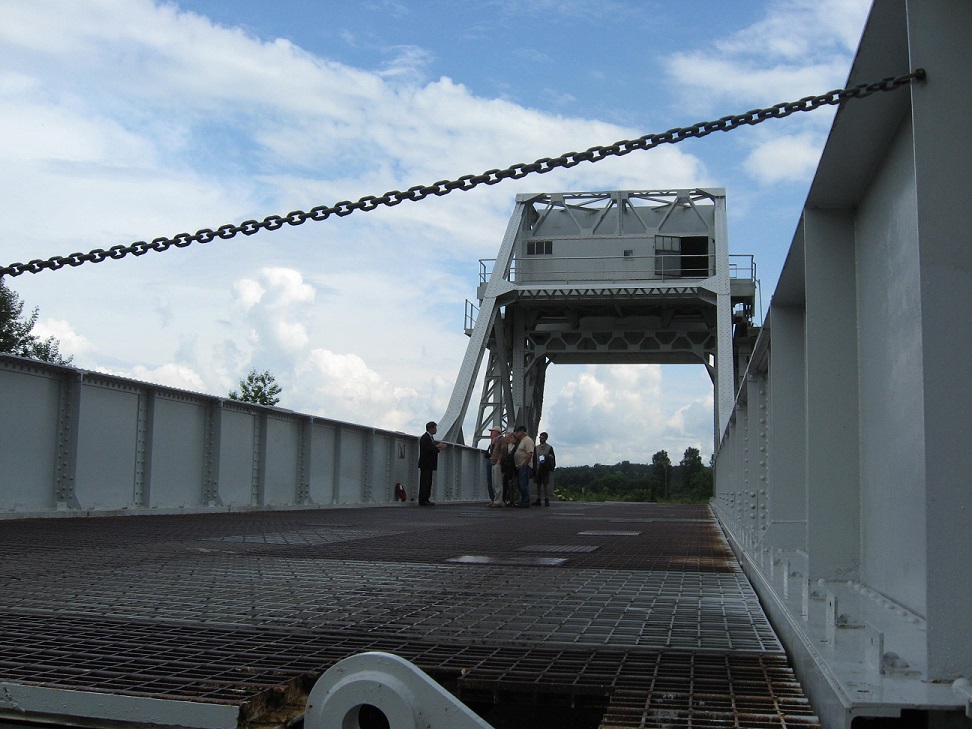 Christopher Kelly cites several other notable events that took place 71 years ago today in his Washington Times article — you can read the entire piece here.

Painting above — “An artist’s impression of the assault on Pegasus Bridge” — courtesy of www.rgjmuseum.co.uk.

Photo of Pegasus Bridge taken by John Biver in 2008.