If you haven’t heard Evan Sayet yet, you should — ASAP. Many who are concerned about their country might think there isn’t much to laugh about these days. They’re wrong, and Evan Sayet proves it. Here is a short version of his bio from his website:

Evan has become the nation’s leading conservative, political comedian, an in-demand Master of Ceremony for Republican and conservative events, while at the same time writing the bestselling book The KinderGarden Eden: How the Modern Liberal Thinks.

Can you image a city with more targets of opportunity for conservative humor than Chicago? A state with more than Illinois? As a Chicago native who has spent most of his life in Illinois, there is now way Sayet will ever run out of material here.

Saul Alinsky knew that “Ridicule is the MOST powerful weapon of all.” From Will Rogers to Lenny Bruce and George Carlin, comedians have affected the culture and even changed elections. Today it is Jon Stewart, Bill Maher and the others who are providing not only the “news” but the take on that news. We have ceded this to the Left for far too long … there IS an audience for pro-American, pro-Christian, pro-Western Civilization entertainment.

Here is the ad promoting the event, and below that, I’ve embedded a video of Sayet in “action.” I hope to see you there! 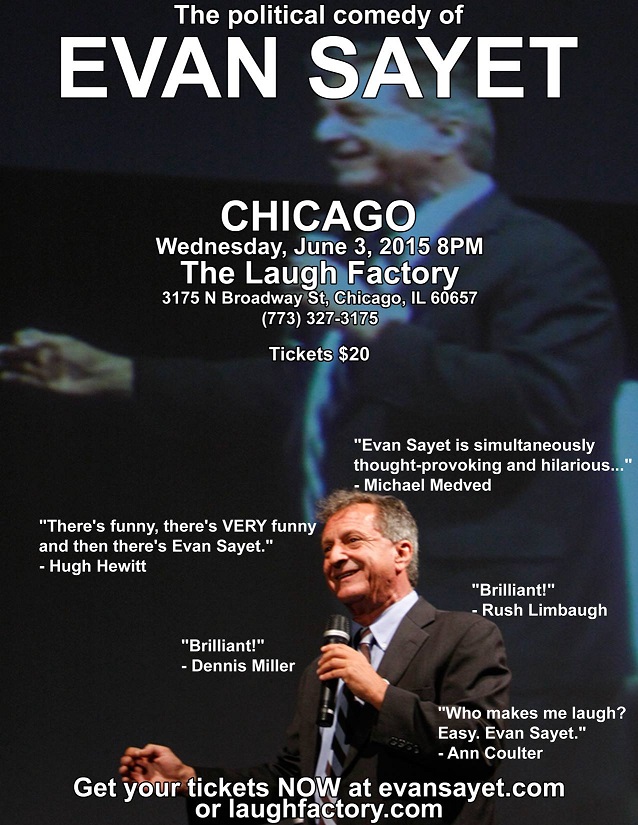