Illinois is mentioned yet again…don’t it just make ya proud of the Illinois Republican Party?

The State Budget Crisis Commission has released a new report on Illinois in which it chronicles the long descent of the state into fiscal chaos. As the report points out, reiterating what we’ve been saying for some time now, Illinois has used so many gimmicks to push off its problems over the years that even before the financial crisis hit, the state was essentially insolvent. How many other states are in the same predicament? 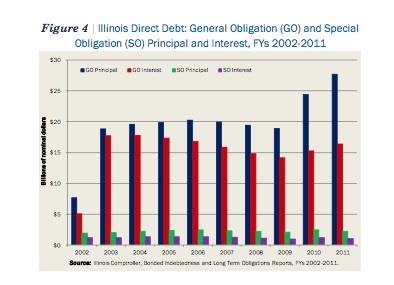