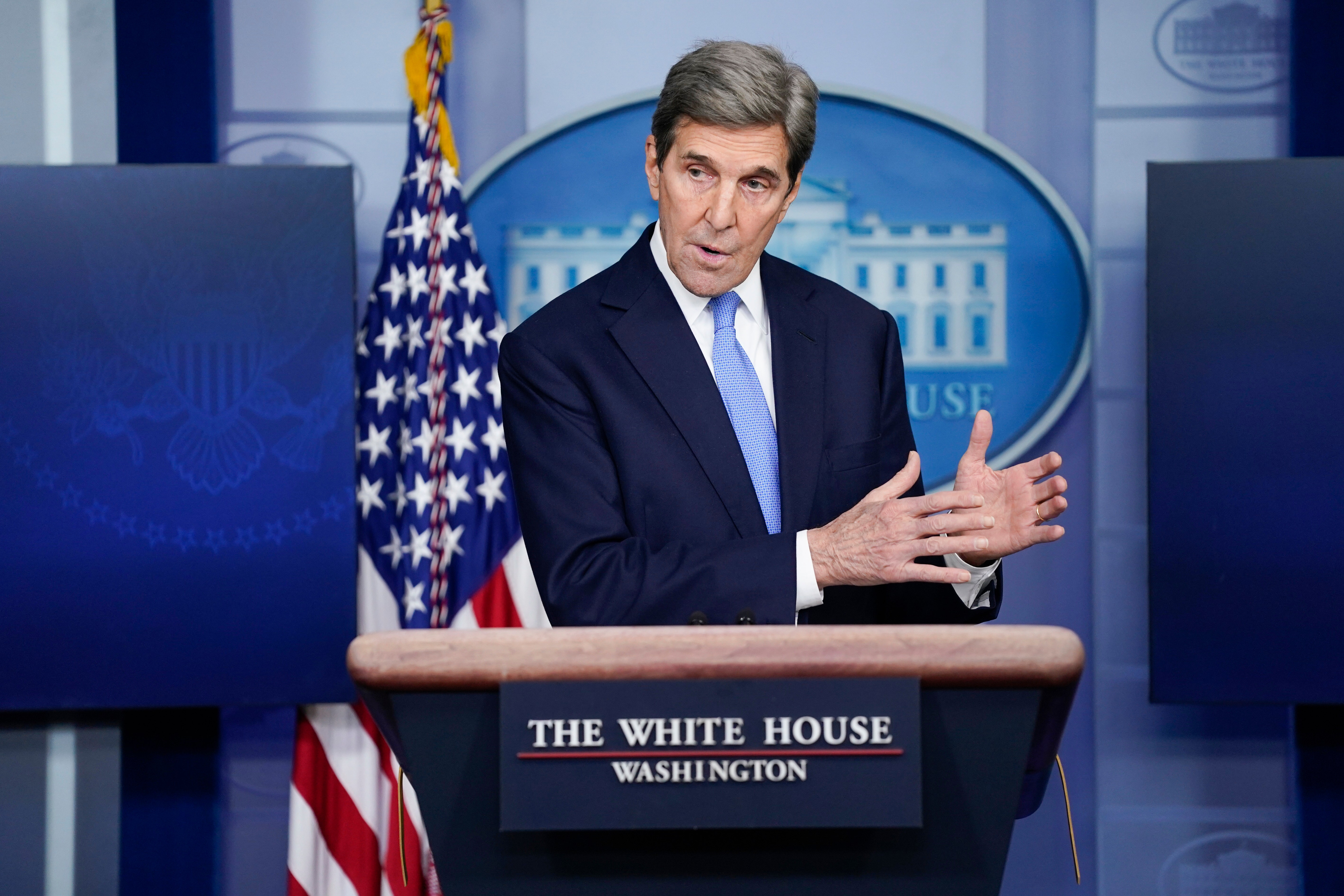 The plane registered to U.S. Special Envoy on Climate John Kerry’s family emitted as much carbon as around 36 typical passenger cars would in a year.

Flight logs obtained via aviation data firm FlightAware show that the Kerry family’s Gulfstream GIV-SP spent around 22 hours and 22 minutes in the air over the past year.

For comparison, the Environmental Protection Agency (EPA) estimates that the typical passenger vehicle emits about 4.6 metric tons of carbon dioxide per year. That calculation assumed a car that drives around 11,500 miles per year with a fuel economy of about 22.0 miles per gallon.

As Fox News previously noted, the Kerry family owned a private charter jet company that the longtime Democratic politician appeared to benefit from financially. As late as 2013, his executive branch personnel financial disclosure showed Kerry owning “over $1,000,001” in assets for the charter company Flying Squirrel LLC through his wife.

Private jets have been estimated to emit upward of 40 times as much carbon per passenger as commercial flights.

The emissions estimate comes as Democrats consider massive proposals for overhauling the nation’s energy economy with potentially skyrocketing costs for households and individual Americans. President Biden’s climate proposal would cost at least $1.7 trillion. That could grow, however, depending on how Democrats negotiate with him in Congress, where progressives like Rep. Alexandria Ocasio-Cortez, D-N.Y., have been adamant about passing the ambitious Green New Deal.

During the campaign, Biden said he would use the Green New Deal as a framework for his climate plan, although his proposal cost significantly less than other plans that adopted that framework. Regardless, Biden’s plan aims for the type of economy-wide transformation advocated by more left-leaning members of his party.

That included achieving net-zero emissions by 2050, which the Heritage Foundation has said would cost the economy millions of jobs, thousands of dollars in lost household income, and trillions erased from the nation’s gross domestic product.

The conservative nonprofit used the Energy Information Administration’s (EIA) National Energy Model to forecast the impact of steep carbon taxes aimed at reaching net-zero greenhouse gas emissions. Not only did the model crash, it failed to approach anywhere near the goal outlined in the “GND.” The closest Heritage was able to get was a 58% reduction in emissions, achieved through a $300 carbon tax  — taxes above $300 crashed the EIA’s model.

They estimated that just a 58 percent reduction would, by 2040, cost the economy $15 trillion in lost gross domestic product and an average of 1.1 million jobs per year. The average family of four would also see a total income loss of $165,000, or nearly $8,000 each year.

Sen. Bernie Sanders, I-Vt. and Rep. Ocasio-Cortez, D-N.Y., maintain that the cost of inaction on climate change is unsustainable. According to Sanders, solutions like infrastructure and investment would boost the U.S. economy as well. Biden’s campaign website predicted his climate response could create 10 million “well-paying jobs.”

Sanders previously warned that without action on climate change, the U.S. would “lose $34.5 trillion by the end of the century.” He also predicted savings as high as $70.4 trillion over 80 years by “averting climate catastrophe.”

The White House did not immediately respond to Fox News’ request for comment.