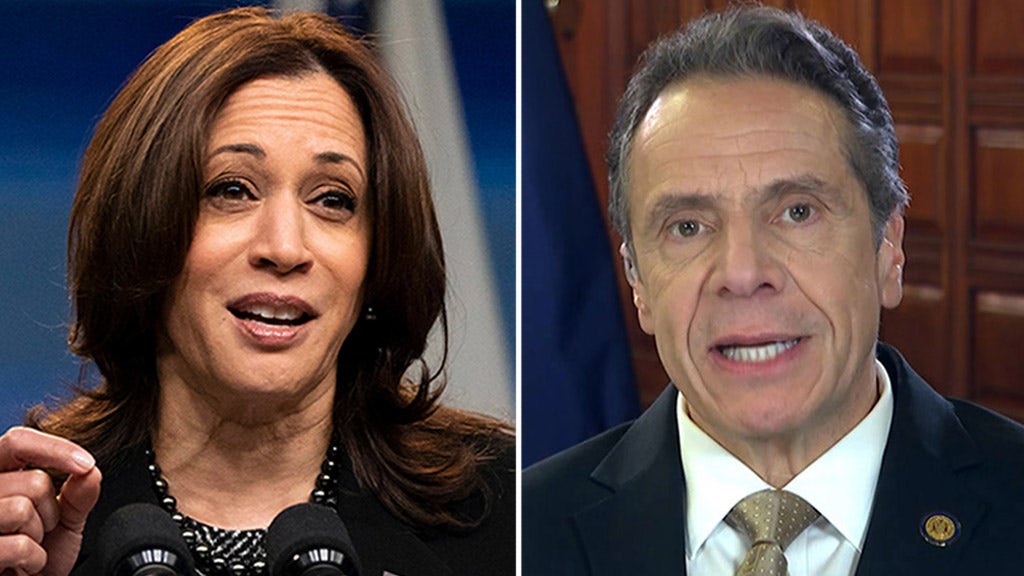 Harris briefly spoke with reporters after House lawmakers passed the Senate version of President Biden’s $1.9 trillion coronavirus relief package in a party-line vote. As the event concluded, a reporter asked Harris to give her view of the allegations against Cuomo.

“Madame Vice President, do you have any comment on Gov. Cuomo?” the reporter asked. Harris walked out of the briefing room without responding to the question.

Cuomo has faced calls to resign in recent days after several women accused the governor of sexual harassment and other inappropriate conduct. Earlier Wednesday, the Albany Times-Union reported that a female former aide alleged Cuomo groped her during an encounter at the governor’s mansion last year.

Critics have called on Harris to condemn Cuomo given the hardline stance she took toward Supreme Court Justice Brett Kavanaugh and former Democratic Sen. Al Franken when they faced allegations of sexual misconduct.

“I think the vice president’s view is she believes a woman should be treated with respect. Their voices should be heard,” Psaki said.

New York State Attorney General Letitia James launched an investigation into the claims. Cuomo has said he will not resign and has denied wrongdoing.

“As I said yesterday, I have never done anything like this,” Cuomo said in response to the Times-Union’s report. “The details of this report are gut-wrenching.  I am not going to speak to the specifics of this or any other allegation given the ongoing review, but I am confident in the result of the Attorney General’s report.”