Ivanka Trump tweeted her condolences in the wake of the deadly shootings in Chicago last weekend — the worst violence the city has experienced so far this year.

Last weekend most of the world was of course focused on the shooting massacres in El Paso and Dayton. While that’s understandable, it’s also understandable that Ivanka would rightly say we shouldn’t forget about the many victims in Chicago either.

Ivanka was also absolutely right to suggest that media coverage of Chicago’s shootings and murders never comes close to matching the attention given to the tragedies in El Paso and Dayton. 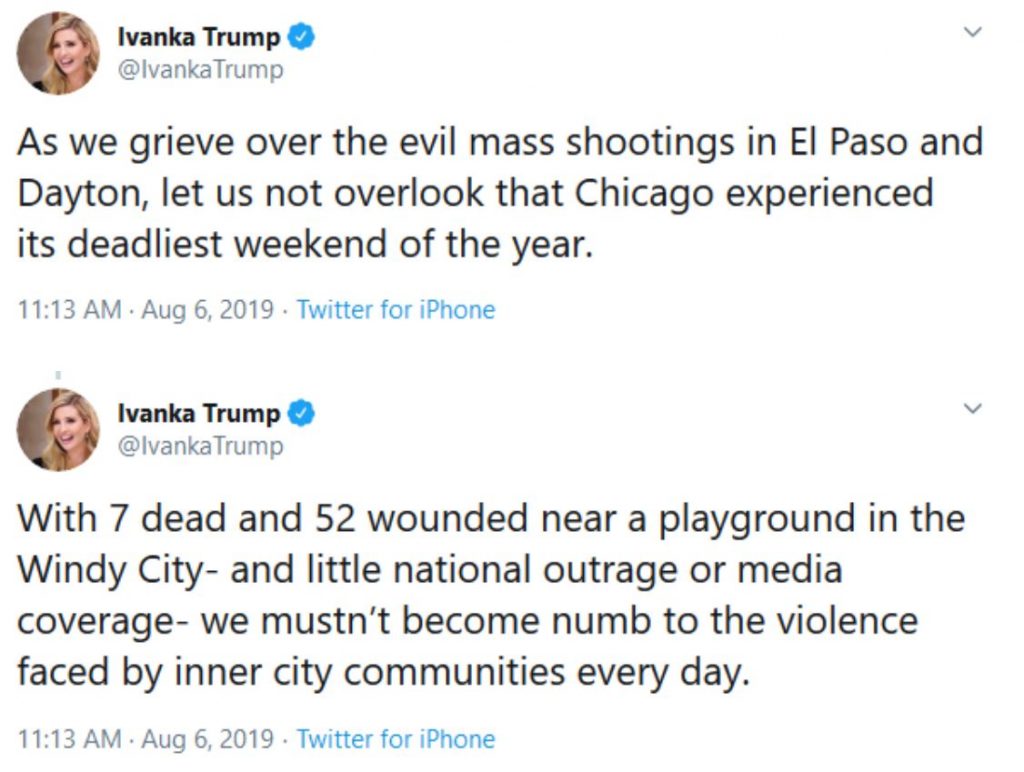 Every Chicago media outlet and most national ones sympathetically reported Lightfoot’s lashing out. This is only a sample:

“That’s the danger of somebody with a platform and audience [who] doesn’t know what they’re talking about and getting the fundamental facts wrong, that they could easily figure out if they had the decency to actually reach out to us if they wanted to be a constructive and engaged partner.”

Think about that. The Mayor criticizing Ivanka’s tweets was a bigger story than all the dead and wounded in Chicago.

Talk about a distraction from the real issue.

And lest her attacks remain just a one-or-two-day story, Lightfoot took to national cable news later this past week to again gin-up her complaints about Ivanka Trump’s two tweets. She chose CNN’s Anderson Cooper and MSNBC’s “Morning Joe” show—comfortable safe spaces for anyone with hate to share about anything Trump family related.