And how many Illinoisans will hear the facts about the Rocky Mountain state? Here is Kathy Valente writing at the Illinois Family Institute:

Recently, a Colorado expert on the consequences of legalizing recreational marijuana spoke to groups in Bloomington, Pontiac, and Naperville, in addition to doing media interviews with Dan Proft and Amy Jacobson on WIND radio, Ken and Deb in the Morning on WDLM radio, a somewhat acrimonious interview with Sam Wood on WJBC radio and a newspaper interview with Derek Beigh of The Pantagraph.

What Jo McGuire reports from Colorado is truly shocking. Illinois residents must understand the consequences of legalization and contact their lawmakers to oppose it.

Recreational marijuana has affected every part of Colorado’s culture: schools and increased youth use, poisonings, car fatalities, hospital admissions – all of which we have reported on. But what’s little known, and Big Marijuana wants to keep it that way, is the effect it’s having on neighborhoods, the environment, and homelessness.

In Colorado, in order to accomplish their goals, Big Marijuana lied, claiming it would do away with the Black Market and solve Colorado’s budget crisis. Sound familiar?  But the Black Market is doing better than ever.  In fact, they’re doing so well, cartels now purchase million dollar homes for cash in beautiful gated communities, gut them and start growing pot. Incredibly large amounts of marijuana are shipped elsewhere, including Mexico. And none of it is taxed, which was also their promise.

Like Colorado, Illinois’ bill allows for 5 plants per adult. Home grows, she said, are impossible to monitor plus it created another large non-taxable market referred to as the “grey market.” Home growers have discovered they too can make money selling it cheaper than the taxed and regulated pot dispensaries (which outnumber Starbucks, McDonald’s, and Walmart by double). Furthermore, explosions from butane extraction labs set up in these homes to produce concentrates are common. 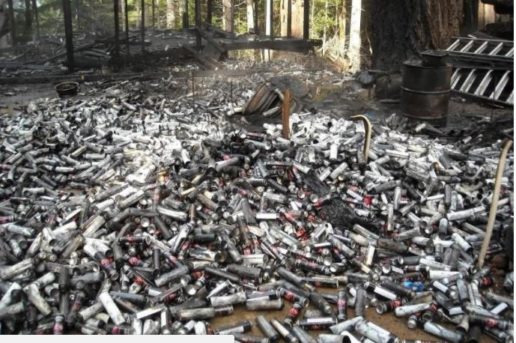