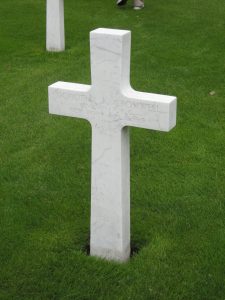 The story of Dorothea and Gladys Cromwell is little known, unfortunately, and should be learned about by more people this Memorial Day weekend. It’s so little known, in fact, that in 2008 when I had the privilege of visiting their final resting place outside of Paris, France, the man in charge of the Suresnes American Cemetery didn’t know about them when I pointed out their headstones.

When I returned home I searched the Internet for information and easily found several sources. It wasn’t only soldiers that were casualties in World War I. You can read about Dorothea and Gladys Cromwell at many websites, including here. 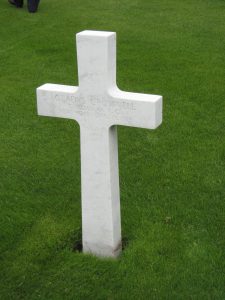 Of course this is Memorial Day weekend in America, the unofficial start to summer. Here is Scott S. Powell explaining more about what Memorial Day means:

Memorial Day had its origin as Decoration Day following the Civil War, but it became an official federal holiday to honor those who lost their lives while serving in the armed forces of the United States only in 1971.

Memorial Day is also an occasion to associate those who died with the just causes for which the United States was willing to go to war.  World War I, World War II, Korea, and Vietnam were conflicts where freedom was clearly at stake. The post-9-11 engagements in Afghanistan, Iraq, and Syria remain a bit more complicated, being associated with responses to horrific abuse of power and to transnational radical Islamist terrorism.

October 2018 will mark the commemoration of 25 years since U.S. forces suffered defeat in Somalia. But we still commemorate the courageous Army Rangers and Delta Force members who fought and died in the chaotic streets of Mogadishu so their fellow soldiers could survive and be rescued against overwhelming odds, depicted in the popular film Blackhawk Down.

Some U.S. military engagements were ill advised, and history shows that the instances of injustice were probably greater from actions taken by Washington politicians and bureaucrats than by the military in the field. For instance, the government’s willingness to authorize and deploy military force without clear objectives and a strategy for victory — which put American lives in harm’s way and cost 58,220 lives — was the great injustice of the Vietnam War. In other cases, such as in Iraq, President Obama’s political decision to withdraw U.S. military forces by the end of 2011 directly led to the injustice of reversal of hard fought gains made by the military in the prior eight years, which resulted in a power vacuum that was filled by the rise of ISIS and growing Iranian influence.

Over a million Americans have given their lives in defending U.S. interests in conflicts large and small. And while remembering those people is a central purpose of this holiday, Memorial Day takes on its deepest meaning when we connect it with our roots.