As I have begun to outline in a new series of articles, not only have Republicans and conservatives failed to effectively fight the information war, they have failed miserably in the political ground war as well. The new series can be found here. What follows below is the still valid introduction to when my focus was just on the miserable failure of the Republican Conservative Industrial Complex to reach the uninformed and misinformed. 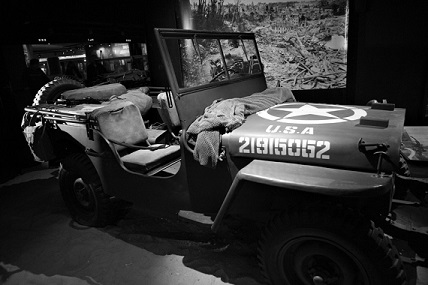 The source of the ‘star’ inside the ‘D’ in the Dispatches logo. Image credit: micahcummings.com.

1. Conservatives continue to produce an amazing amount of excellent material that fails to reach a large enough audience. The op eds, studies, policy papers, videos, and many other educational tools they provide would move more Americans to support conservative solutions — unfortunately most people are not reached with the message. Why not? Because conservatives do not fight the information war. It’s not good enough to post and publish. What’s needed is aggressive outreach to the uninformed and misinformed through all available avenues.

2. The conservative message would reach more people if more conservatives fulfilled their duty as citizens. Instead of being in the fight, too many of those on the right treat politics as entertainment.

3. On every single public policy issue, conservatives have made powerful arguments in support of their proposals. For years I linked several articles almost daily providing examples of the arguments made through op eds and studies. Daily, weekly, monthly, the number of pages I linked was only a fraction of those produced. In 2020 I shifted to just providing the “Links to Commentary and Real Journalism” that provide more than enough examples continually.

I am a Christian, an American citizen, and I work in the arena of applied political science. I am a proud graduate of Virginia Wesleyan University, where I studied political philosophy, political science, and history. In addition to many years working in the private sector, I have worked in politics and government in Washington, D.C., and in Illinois at the state and local level. 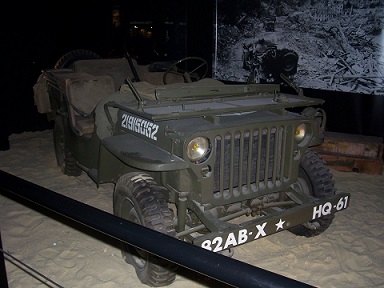 This is the same Jeep as above; it’s at the Caen War Museum and Memorial in Normandy, France. The day I took this picture the windshield was rolled forward covering the star.

Two topics dominate my own writing:

1) The fact that conservatives are not seriously fighting the information war, and a big reason for that is not enough conservatives actually participate in the political arena. It’s not enough to stay informed and vote. We all have a duty as citizens to extend our views beyond ourselves (to paraphrase George Washington).

2) Founding Father John Adams said it: “Our Constitution was made only for a moral and religious people. It is wholly inadequate to the government of any other.” Forget the laughable modern versions of morality. If you think everything the “progressives” trumpet is actually progress, you’re sadly mistaken. On the contrary, much of what is happening today is actually regression. What results is American decline in all areas. If you think things are getting better economically, morally, and in the world, I’d suggest you change where you get your news and information from.

These days anyone can get an education on any issue equal or superior to that which can be gained by attending college. I know many people who never attended college that have a greater understanding of history and the modern world than graduates of supposedly good schools of “higher education.”

As noted elsewhere on this website, a flood of great policy research and commentary surrounds us — yet too many of our fellow citizens live in an informational drought.

As I update this page in August 2020, that flood has reached epic proportions. As Noah saw the waters cover the earth in the book of Genesis, this information age has completely removed the excuse anyone with Internet access has for staying uninformed. This includes, I must say, candidates for public office at any level — as well as their staffs.

The reality is, however, not nearly enough of our fellow citizens will go looking for the information we want them to have. That means conservatives have to start doing what liberals have been doing for half a century — bringing their case to the public in every way possible.