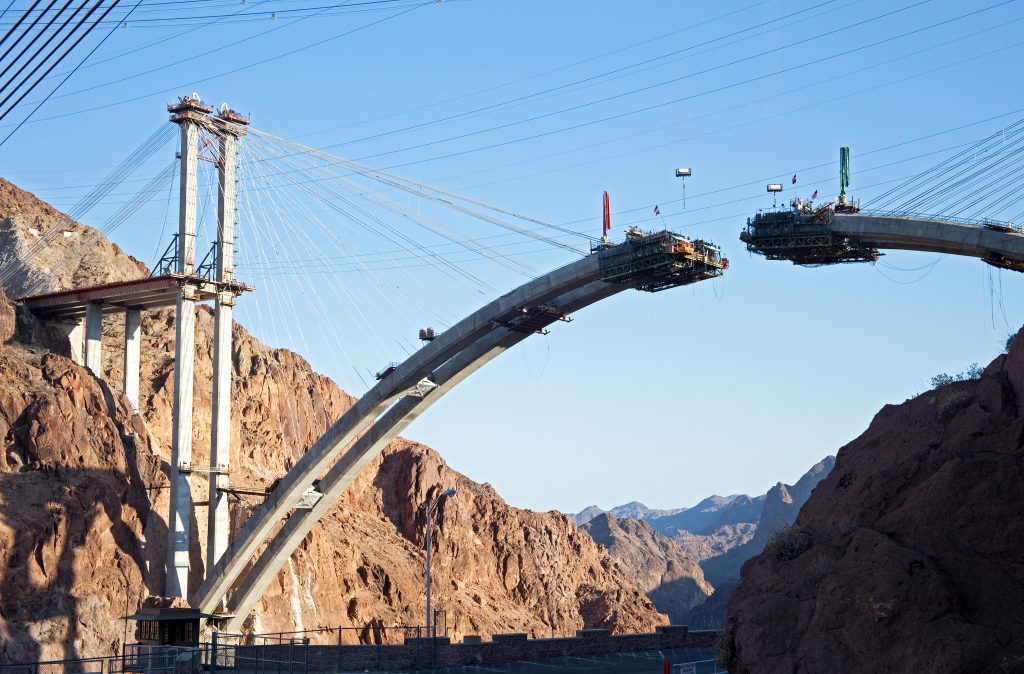 The Hoover Bridge under construction.

Last month Dispatches began a new series on “The Ground War” to serve as a supplement to this, “The Information War.”

Both series focus on the continuing failure of the “Republican Conservative Industrial Complex” (RCIC)–a phrase I have now used in one form or another for a decade or more. Almost 8 years ago I wrote a short 5-part series where I focused on the failure of the RCIC in the information war. The points made are still relevant. Here are the articles:

1. The Republican and conservative political industrial complex serves itself and continues to fail (needlessly)

2. The Republican and conservative political industrial complex needs to learn about mass communications

3. The Republican and conservative political industrial complex must change its focus if it wants to serve the nation

4. The Republican and conservative political industrial complex wastes a lot of money

5. The Republican and conservative political industrial complex needs to dedicate itself to the flow of information at the local level

Now, back to the original “Information War” series introduction:

On the list of things that astound me are the difficult tasks that man can accomplish, such as building a skyscraper, putting satellites in orbit, and sending a probe to Mars. Those things are difficult yet possible. I’ll tell you what’s not difficult: reaching voters. Have you seen the new bypass bridge that was built alongside the Hoover Dam? That’s hard. Bringing good information to uninformed citizens isn’t.

Near the top of the list of things that astonish me is the fact that many, if not most Republicans and conservatives continue to fail at accomplishing their number one job: moving public opinion. I once suggested to a non-political public relations professional that the GOP doesn’t understand mass communications. Her answer was to one-up me: the GOP doesn’t understand communications.

Here’s a quote from a long-dead (and frankly evil) socialist who at least understood the information war (as so many leftists do today):

The greatest problem in communication is the illusion that it has been accomplished.

Most of the political right is stuck in a delusion. That’s the only answer I can come up with as to why they don’t get serious about outreach — about winning the politically lost and working in a way so there are fewer low information voters.

Here are a few common words that American political conservatives have mostly failed to grasp over the past several decades:

On a daily basis I’m deluged with great commentary, research and analysis via the World Wide Web. On every topic imaginable there is an enormous amount of good information available — authored by those who believe in the principles of the Declaration of Independence and work to support and defend the Constitution (especially the Bill of Rights). The problem is that very little of this material (in any version) ever sees a large enough audience. Until we all learn how to reach more of the uninformed and misinformed with the facts — we will see neither political nor policy reform.

Let me repeat: building a bypass bridge over the Hoover Dam is difficult. Reaching voters is not.

Related — in late 2016 I was a guest on the IFI Podcast: “What We Have Here is Failure to Communicate.”

I have also written often on the topic:

In 2013: Dispatches: Articles on the Information War