In a terrific and long post at RealitySandwich.com, writer Jonathan Zap has an article titled “Foxes and Reptiles: Psychopathy and the Financial Meltdown.” As I suggested in part 1, Zap states the fact that the problem of psychopathy isn’t just a problem for Wall Street:

The present financial meltdown may only be the latest example of the incalculable harm done to civilization, and countless individual lives, by psychopaths, a subspecies of Homo sapiens.

It’s verboten to draw any parallels to Adolf Hitler, but I’m sorry, Hitler wasn’t the only Hitler in history. Yes, he was one of the more successfully evil mental cases, but his malady wasn’t unique. Sometimes the big examples shine light on the little ones.

In fact the failure of the German people during the 1930s and 1940s wasn’t unique either. How does a country like Germany, with literally centuries of a Judeo-Christian morality, literature, art, and music, fall for a nut job like Adolf and the crazy group of homosexuals around him? (If you’re offended by the homo reference, read the book The Pink Swastika and you’ll find out why that bunch looked so queer. Examples of the detrimental impact of homosexuality and other sexual depravity on society are well documented in history despite the fact that it’s politically incorrect to discuss them.) 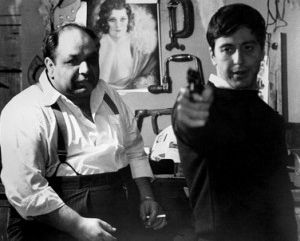 What in the world was the matter with the Germans? Well, untold volumes have been written addressing that question, but the character Peter Clemenza in the move The Godfather addressed the Germans’ failure succinctly:

You know, you gotta stop them at the beginning. Like they should have stopped Hitler at Munich, they should never let him get away with that, they were just asking for trouble.

And why haven’t Americans done more to stop the nuts, flakes, and fruits from making a mess of our government at all levels? It seems to me it’s just a matter of too many people ceding their responsibility of self-government to others, too many of whom are defective individuals.

Back to Jonathan Zap’s article. In part one of it he asks, “What is a Psychopath?” Well, first, they’re not a new phenomenon:

In the West, the formal recognition of psychopaths goes back at least as far as Theophrastus, a student of Aristotle, whose study of the Unscrupulous Man defines the basic characteristics of psychopathy. Much later this condition came to be referred to as manie sans délire (“insanity without delirium”), a term that by the 1830s evolved into moral insanity, the key symptom of which is a “defective conscience.”

By 1900 the label was changed to psychopathic personality, but it wasn’t until 1941 that psychiatrist Dr. Hervey M. Cleckley of the Medical College of Georgia systematically defined the condition.

Here’s an excerpt from Zap’s summation of the general description put into bullet points.  Tell me this doesn’t sound like the description of so many politicians and the people that surround them:

The last point is critical — they come across not as delusional but as normal people. Then you stand back and add up the consequences they’ve wrought. Like $17 trillion in federal debt and a hundred trillion plus in unfunded liabilities. Or like lavish pensions for teachers that amount to grand theft from taxpayers, born and unborn.

Zap also writes that psychopaths lack empathy and emotional depth, and that they “often have a chameleon-like ability to replicate and counterfeit emotions in ways that allow them to manipulate our perceptions of them.”

Having known as many political consultants as politicians, let me assure you that description applies even more so to the consultant class. Keep in mind that in most cases, it’s the consultants who tell the candidates or office holders what to do, so in many ways the consultants are superior in their psychopathic abilities.

Up next: One last entry on the topic of political psychopathy.